For the month of April, the average price of a home in the city of Boulder was $1,247,000. This is according to the latest from our IRES MLS system. 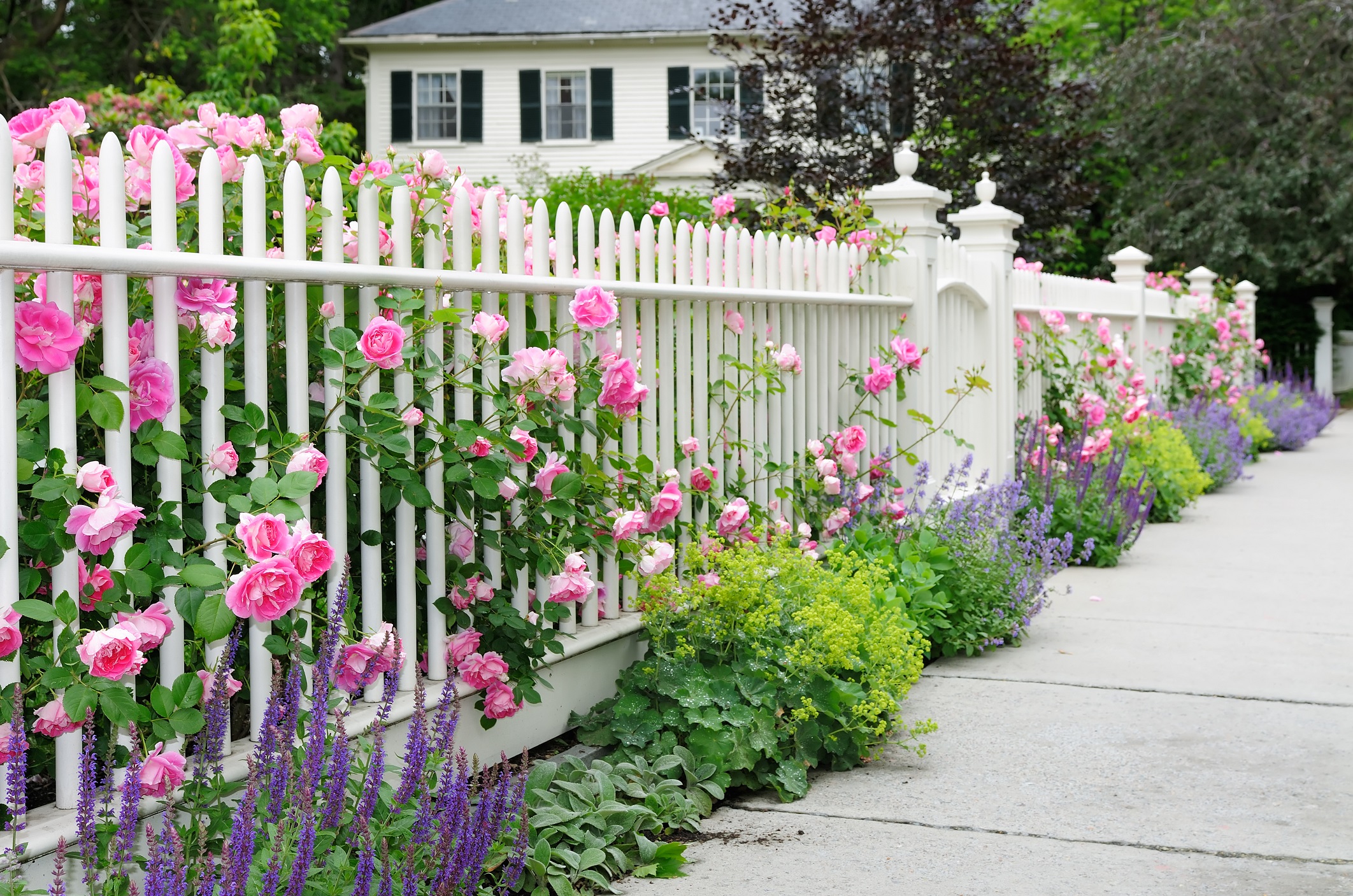 If you want to own a home about an hour down the road in another really nice college town and get a 66% discount, you may want to check out Fort Collins 🙂

Yes, despite the recent uptick in prices here locally, we are still a bargain compared to Boulder. Here are median single-family prices for our markets and their relative price to Boulder:

Because our Northern Colorado market has been so active over the last four years, clients often ask us if we think there is a housing bubble forming.

There are several key statistics which we track closely in order to answer that question.

Here is one fact that we find to be insightful…

One of the root causes of the last housing bubble was the glut of inventory, and specifically new home inventory. Quite simply, the market was being oversupplied with new homes. The rules of economics say when there is oversupply, prices must come down. 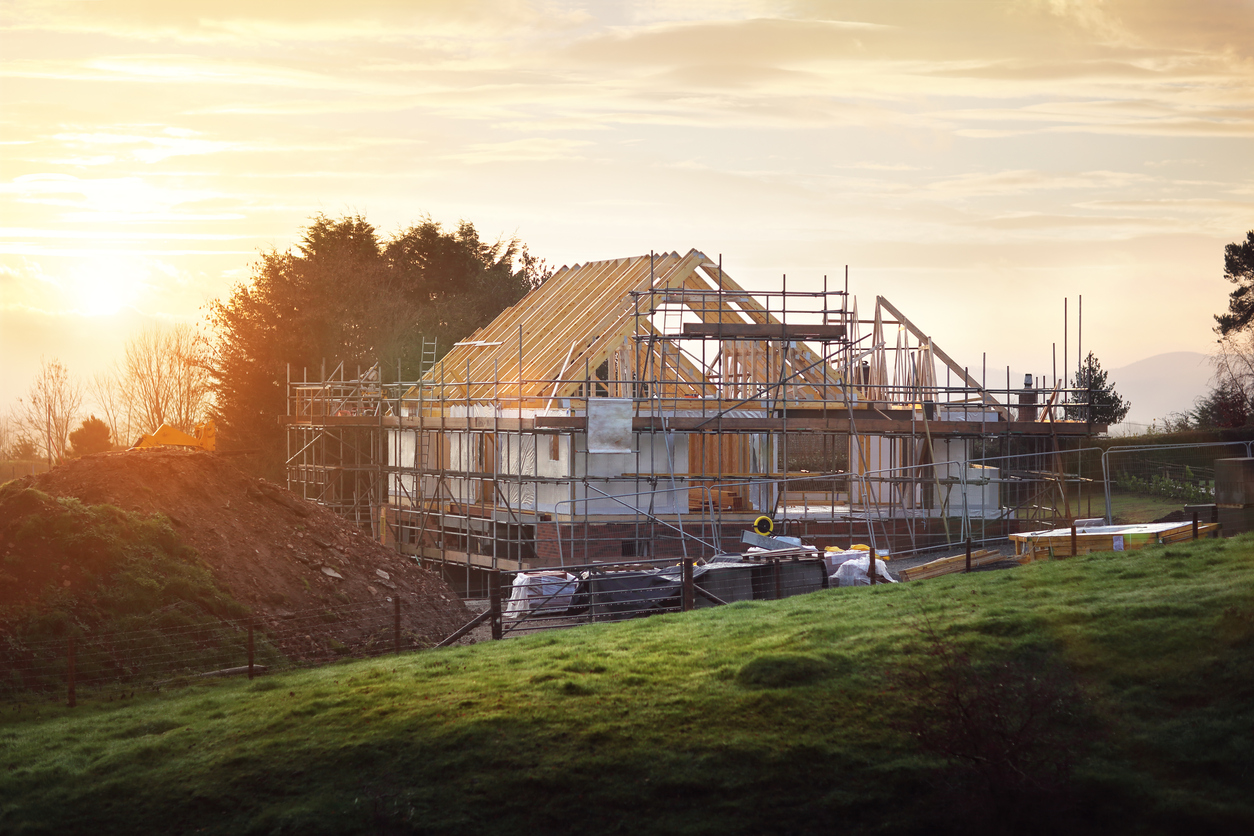 Today, there are far fewer new home starts compared to 2004 and 2005 when the last bubble was forming – despite there being a larger population.
According to our friends at Metrostudy who track the new home market, Northern Colorado has had 4,452 new home starts in the last 12 months.

That number is only 60% of what it was at the height of construction in early 2005.

It is also interesting to note that over the last 12 months there have been 4,473 new home closings which shows that demand is keeping up with supply.

So when you drive around Northern Colorado and notice all the new homes being built, know that construction activity is far less than what is was during the bubble and that demand is keeping up with supply.

In case you missed our annual real estate Forecast event, you can reach out to me to see the presentation slides or receive a video recap of the information. Just email me at rdupont@windermere.com

First things first, this is your last call to register for our Annual Forecast. If you want clarity on what is happening in the market, this is the event to attend. We will be live at 5:30 Thursday the 18th at the Marriott. RSVP to 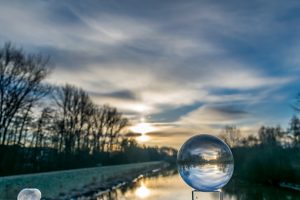 Now, what’s going up? According to our Cheif Economist Matthew Gardner, interest rates. His prediction for 2018 is that rates will rise roughly 0.5% up to 4.4%.

That means a buyer’s purchasing power will go down by 5%. Even if prices didn’t increase at all, a buyer’s monthly payment would go up 5% because of a measly 1/2% increase in interest rate.

By Matthew’s own admission, rates have baffled forecasters for the last few years. Unusual forces have kept them artificially low for a sustained period of time. But even a small rate increase like Matthew predicts will have a big effect on potential buyers.

To hear our predictions for the 2018 market, join our live Market Forecast event on January 18th at the Marriott in Fort Collins. Back by popular demand is Windermere’s Chief Economist Matthew Gardner who will give you valuable and interesting insights into the real estate market. Reserve your spot at www.windermereforecast.com 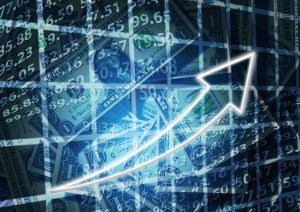 How much will prices go up next year? Should I sell my house this Fall or next Spring? Will interest rates go up next week?

We encourage our clients to evaluate those questions in the context of the long-term. There are decades of data on the Northern Colorado market which reveal certain patterns.

When we show our clients these patterns they feel confident and secure in the investment they have made into their home and their rental properties.

For example, the long-term appreciation rates based on up to 41 years of research are as follows:

So over the course of a year prices may go up a lot or go up a little, but in the long term they will stay true to these long term averages.

To see an update as to what is happening in the Northern Colorado market, contact me to receive our quarterly “Scoop” report.

The Greeley market is about to hit a major milestone.

We project that in the first quarter of 2018, the average price for a single family home in Greeley will surpass $300,000. 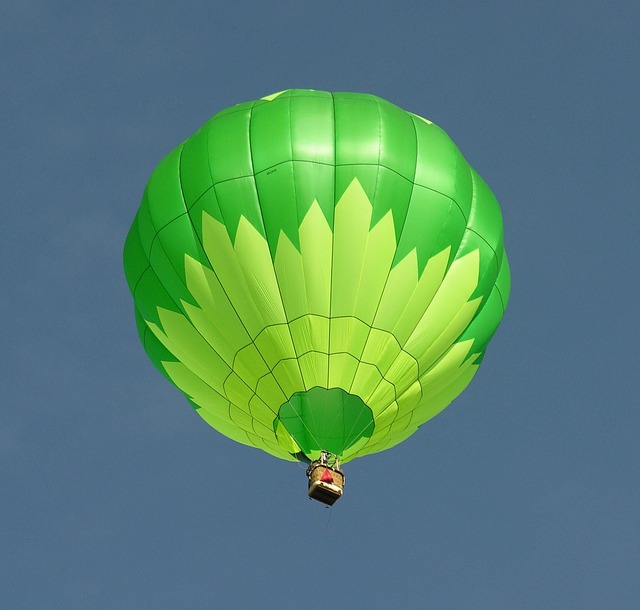 So what ‘s going on?

We don’t see anything on the horizon that will significantly change the trajectory of the Greeley market. It is a fundamentally a very strong place to own real estate.

Should You Wait or Buy Now?

The housing market is remarkably tight across the U.S., and you may be wondering if you should wait for home prices to slow before making your move. Windermere’s Chief Economist, Matthew Gardner, shares why waiting could end up costing you more money in the long run.

Should You Wait out the Housing Market?

The housing market is remarkably tight across the U.S., and you may be wondering if you should wait for home prices to slow before making your move. Windermere's Chief Economist, Matthew Gardner, shares why waiting could end up costing you more money in the long run. 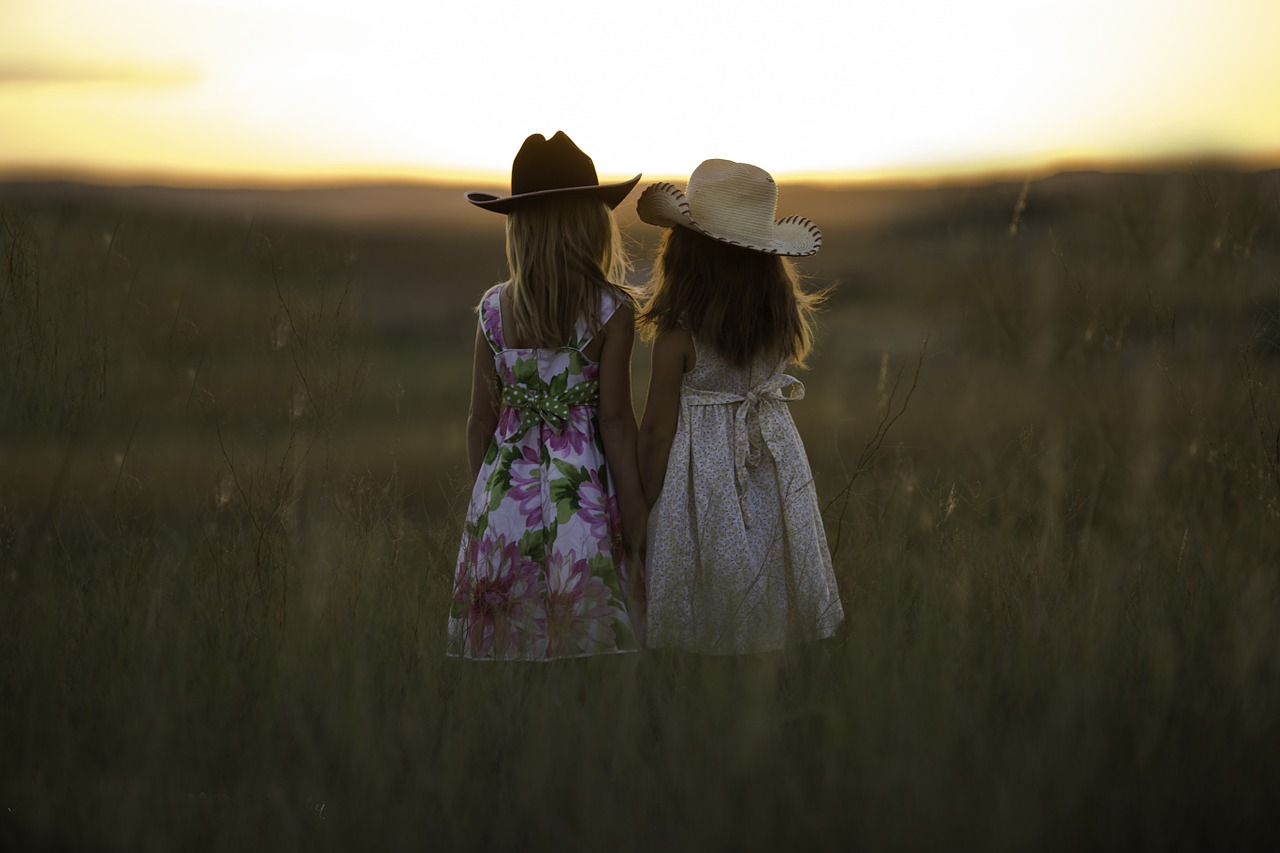 Anyone who has more than one child is frequently amazed by the difference between the children. How is it that two kids from the same parents are so different from each other?

Same goes in our Northern Colorado market. We see a major difference between certain price ranges and certain locations right here in our little neck of the woods.

Clients are constantly reading about and hearing about the “hot” market. They make assumptions that every price range and every location in Larimer and Weld Counties are on fire. Not true!

Just like two kids from the same parents are different, two price ranges in the same place are very different.

To make this point, let’s look at months of inventory. This statistic simply measures how long it would take to sell the current inventory of homes at the current pace of sales.

So, the $1,000,000 seller who hears that the market is “hot” is actually faced with a year’s inventory currently on the market!

This is a very high-level look at the differences in our market. I am happy to give you a detailed look at your exact neighborhood in your exact price range. Let us know if we can help!

Check out the latest Gardner Report below with information and stats on the Northern Colorado Real Estate Market!

An article in last week’s Denver Post about the Metro Denver market cooling off has prompted questions from our clients. 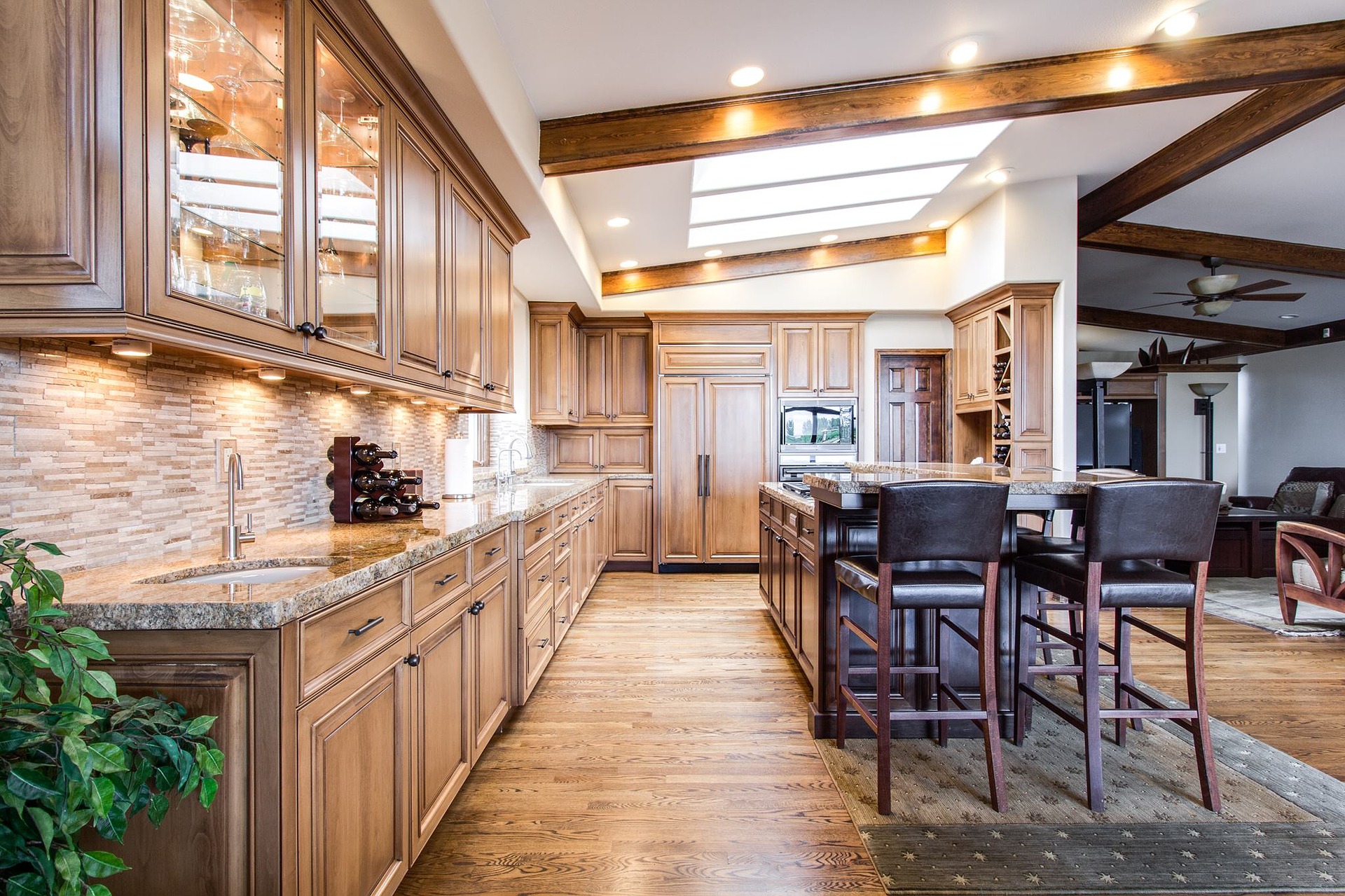 Is the same thing happening in Northern Colorado?

Are the Larimer and Weld County markets showing signs of slowing?

The Denver Post article points to the difference in number of transactions between June and July of this year. It’s no surprise to us that July had fewer closings.

What’s true in Metro Denver is also true in Northern Colorado – June tends to have more closings than any other month during the year so of course July will be slower.

What we do notice when we look at the numbers is that the difference between June and July is significant.

In all major markets in Northern Colorado, the difference between June and July is the greatest it has ever been in the last four years.

A month over month difference does not necessarily indicate a long-term trend. However, there is a difference compared to last year which should be welcome news to buyers who have been waiting for a slow down.

We have just completed a comprehensive report for anyone thinking about selling their home.

The Insider’s Guide to Selling Your Home (without any stress or surprises) is now available for you.

It is hot off the press and you can request a copy by emailing rdupont@windermere.com

Contact me to get your copy immediately so you can see everything you need to know to sell your home in today’s market.

What if we told you there is a real estate market that has seen a 300% increase in sales volume in only 5 years?

What if we told you that market was right in our back yard?

The market is Wellington and what is happening there is extraordinary.

Because price increases in Fort Collins have eliminated virtually all options for the sub $300,000 buyer, Wellington has become a very popular place to buy a home.

Yes, Wellington has exploded and we don’t see it slowing down any time soon!

The Town of Wellington was an oil, coal and agricultural hub throughout the 1800s and became a stopping location for wagon trains, travelers, and military movement between Cheyenne, Wyoming and Fort Collins, Colorado. The town was founded in 1902, incorporated in 1905 and named after C.L. Wellington, an employee of the Colorado and Southern Railroad.

Around the same time the population began to grow in Wellington, woolly mammoth remains were discovered by a construction crew while digging foundations for new homes. The remains were carefully excavated by a University of Colorado team while residents watched with excitement. Unfortunately, after being taken back to the University for further examination, the tusks were dropped and shattered on a floor. In recognition and remembrance of this event, the subdivision where they were found named a street Mammoth Circle.

Wellington maintained a population around 500 throughout the 20th century and grew to about 1,000 until the early 2000s. Today, Wellington is home to a population of nearly 8,300 residents.